Faculty-Student Task Force on the Study and Teaching of Race

The Duke History Department Faculty-Student Task Force on the Study and Teaching of Race sees its mandate as follows:
First and foremost, to base all our activities on a genuine commitment by the department to curricular and structural innovation.  With this commitment as a platform we will start to educate ourselves collectively in anti-racism work, while recognizing the broad importance of race, ethnicity and their global analogs as a basis of historical analysis and the teaching of history. In broadest terms, the aim is to foster an intellectual and social environment conducive to the discussion of race, ethnicity, anti-racist work and critical race theory.
To make more prominent extant curricular initiatives on the history of race and racial justice while increasing departmental offerings on the same, beginning at the graduate level and then at the undergraduate level.  This includes but is not limited to a revised and regularly offered 790S course, as well as workshops that bolster this course and the professionalization seminars.
To ensure that this 790S course is taught ever year, and that it takes a global perspective on the history of racial formation and structural racism, engages with epistemologies of race making in the US as well as elsewhere in the world, and confronts pressing regional and transregional issues of race as they manifest in the lived experience people.  The revised course should serve as a model and springboard for further graduate classes, e.g. on global critical race theory.
To embed the study and teaching of race more firmly and consistently in graduate professionalization seminars, especially 701 (theory) and 703 (pedagogy).  This requires changes in structure and format, not simply the inclusion on particular weeks on race.

To continue our conversations on this curricular enhancement with various scholarly and social groups within and outside the department.  Based on these conversations, we will compile a library of resources on the history and teaching of race and ethnicity, as well as race theory and anti-racism work.  These resources will be available to all instructors for use in shaping their syllabi.

Duke Alumnus on Challenges of Anti-Racism at Duke

This is a bulletin board to help circulate campus-wide events on the study and teaching of race. 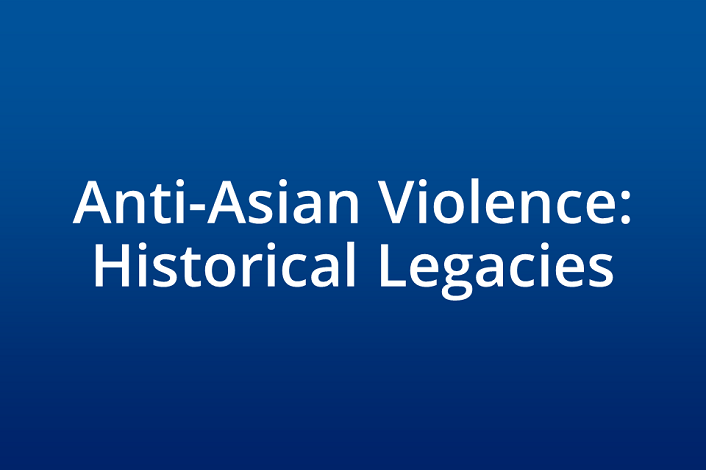 This panel invites the Duke community to come together in response to the startling increase of violence against people of Asian descent, including the mass shootings in Atlanta on March 16 that killed eight people, including six women of Asian descent. Featuring four scholars, the panel aims to provide a historical context to the recent spate of anti-Asian violence and to increase our collective awareness of and knowledge about issues that afflict Asian Americans.

This event is closed to the public. Only current faculty, staff, and students may register.

Please join the History Department Faculty-Student Task Force on the Study and Teaching of Race on Tuesday Mar 16 from 3-4p.m. where our own Travis Knoll will show and discuss his documentary "The Book Revolution.":

This documentary traces the incredible campaign of Catholic-inspired Black movement activists in Rio de Janeiro's urban periphery to expand education access to Brazil's political minorities. This campaign changed Brazilian society's discussion of race in the process. Written and produced by one of Brazil's most prominent Black journalists and edited by one of Rio's leading community rappers, the film covers a wide range of issues from pre-college prep courses, to Black aesthetics and self-esteem, to police violence. At its core, the film argues for the revolutionary potential of social mobility when combined with grassroots political consciousness-raising and wrestles with the difficulties of sustained activism in the face of institutional racism and an increasingly reactionary political environment in Brazil.

Keynote | Our Land: The Histories that Black and Indigenous Americans Share

Dr. Malinda Maynor Lowery (she/her/hers), Director of the Center for the Study of the American South and Professor of History, UNC-Chapel Hill

If we told American history truthfully, our story would include Black and Indigenous Americans who have already created the world we want to live in, a world of resilience, creativity, self-governance and shared purpose. In this keynote, Dr. Malinda Maynor Lowery will propose that we add these founding principles to our story and seeks to reveal a few of the episodes that illustrate them. 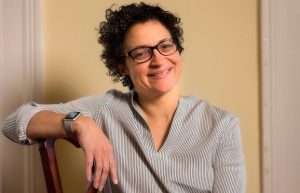 To pre-register, go to:

On November 3, 1979, members of the Ku Klux Klan and American Nazi Party drove into an African-American neighborhood in Greensboro, North Carolina to disrupt an anti-klan march planned by the Communist Workers Party. The KKK and Nazis opened fire on the demonstrators, killing five labor and civil rights activists, three of whom - Dr. Mike Nathan, Dr. Jim Waller, and Cesar Cauce - had ties to Duke University. Sandy Smith and Bill Sampson were also killed on that day. Two all-white juries subsequently found the shooters not guilty of state and federal criminal charges. Later in a civil suit for wrongful death, the KKK, Nazis, and City of Greensboro were found liable.

Following a segment from a recent film about what became known as the 1979 Greensboro Massacre, survivors will share why this story is worth remembering, and why it remains relevant to health and racial justice activism today.

The panel will be facilitated by Rosalyn Pelles, Massacre survivor and strategic advisor to the Poor People's Campaign.