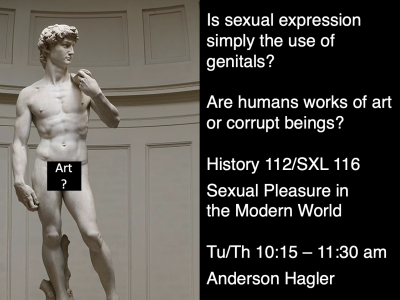 Sexual Pleasure in the Modern World 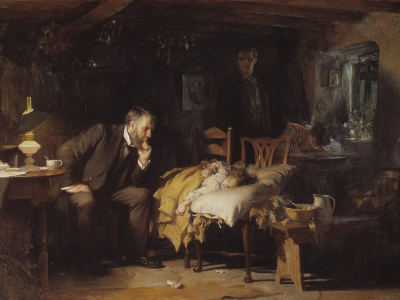 The History of Medicine

This course explores the history of western medicine from Ancient Greece to the 21st century. Students will engage with primary and secondary sources that expose a diverse array of themes illuminating the interactions between medicine and society.  We’ll ask: who practiced medicine, what were their tools, when and how did changing ideas usher in modern surgery, vaccines, antibiotics, transplants, and genetic medicine? This is an introductory course that targets first years and anyone else interested in learning how we got from there, to here. 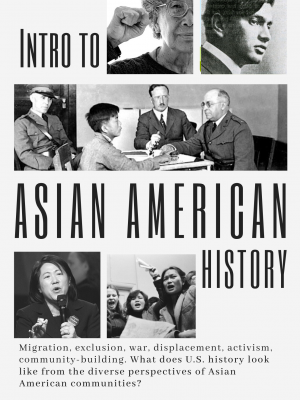 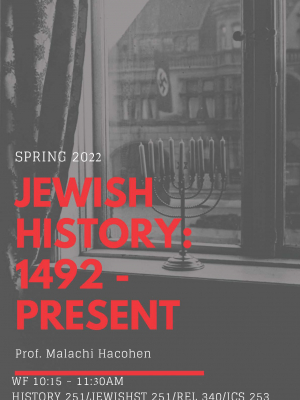 Major developments in Jewish history from the early modern period to today. The Kehillah, the Spanish-Jewish Diaspora, the rise of Polish Jewry, the Safed Kabbalah, Sabbatianism, the emergence of the Chassidut, the Haskalah (Jewish Enlightenment), Emancipation and the nation state, Reform Judaism, economic modernization, racial antisemitism, Zionism, the Holocaust, the State of Israel, flourishing Jewish pluralism in the United States, the future: nation and Diaspora? 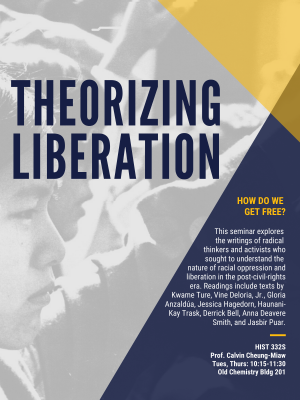 Theorizing Liberation: From Black Power to the Age of Trump

This seminar explores the writings of radical thinkers and activists who sought to understand the nature of racial oppression and liberation in the post-civil-rights era. 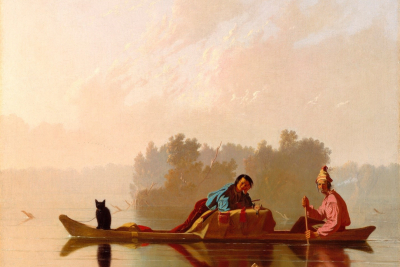 While much North American history is focused on the creation and maintenance of nation-states, the history of borderlands and borders allows scholars to analyze the various ways that people crossed, shaped, and openly defied both physical and cultural borders in pursuit of their own individual and group goals and objectives.  This course examines the historical construction of North American borderlands from the perspective of various cultures and peoples.  Major themes will include encounters, exchanges, cooperation, conflict, agency, and identity within the broader context of social, cultural, environmental, and economic power dynamics and differentials. 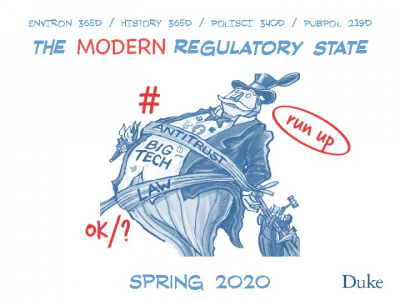 Interdisciplinary inquiry into the origins/evolution of modern regulatory institutions in Western Europe and North America, along with the more recent rise of global regulatory bodies. Examines conceptual frameworks from across the social sciences, and considers the ethical dimensions of current debates over regulatory purposes, strategies, and policies in areas such as finance and the environment. 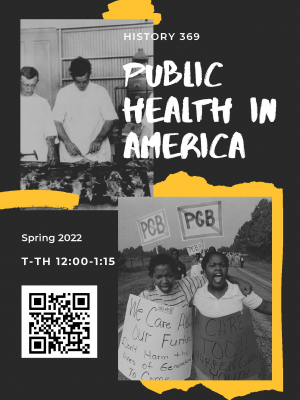 The role of epidemic diseases such as smallpox, cholera, yellow fever, tuberculosis, and polio in shaping public health policy in the United States from the colonial era to World War II. 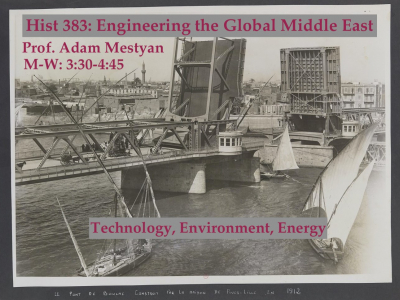 This class is a global techno-environmental history, with a special emphasis on the modern Middle East. We will interrogate the many ways in which the transformation of nature and transfer of technologies has rearranged political relations within and between states in the last two hundred years. We shall survey the social history of technology, of engineering, infrastructural developments, urbanization, and energy resources. Students in this course will learn how to do research through the lenses of environmental history and science and technology studies using the methods of microhistory.