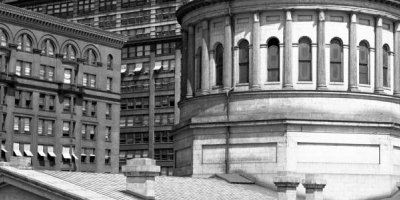 The history department at Duke has an unusually strong cohort of scholars with expertise in the history of legal institutions, legal culture, and the relationship between law and society.

Our greatest strength lies in American legal history. Duke historians focus on areas as various as the relationship between legal authority and social hierarchies in the American South, including divisions based on race and gender, regulation of business and the credit system in the nineteenth and twentieth centuries, and early American property law. Outside of the United States, the department boasts numerous faculty whose research overlaps with this growing and dynamic field. Duke now has historians who grapple with legal development in Renaissance Italy, early modern Germany, the early modern British Empire, the eighteenth-century Caribbean, nineteenth-century France, Muslim West Africa from the seventeenth through the twentieth centuries, and twentieth-century Brazil, especially with regard to labor law, as well as the impact of maritime law on modern warfare. Although the interpretive concerns and methodological approaches of these scholars differ significantly, they all tend to focus on the interactions between legal institutions, doctrines, and values on the one hand and economic, social and cultural experience on the other.

Duke offers a joint JD/MA degree to law students interested in simultaneously pursuing graduate work in history. We offer graduate seminars in legal history as part of our general doctoral curriculum, and a number of our PhD students also pursue research in the field. In the past and present, our graduate students have tackled topics as various as the moral and legal meanings of violence amidst the English Civil War, legal culture in early British India, divorce in eighteenth-century Mexico, infanticide in the early American Republic, freedom suits by antebellum American slaves, the development of commercial law in the nineteenth- and early twentieth-century Indian Ocean basin, the dynamics of legal activism within the American Civil Rights Movement, and agricultural regulation in twentieth-century America.

Duke's libraries, in conjunction with those of other area universities, have impressive print and archival holdings in the history of law, with a particular strength in the legal history of the American South. Our legal history community is also enriched by a large number of scholars who are based in other Duke departments and schools (especially the departments of cultural anthropology and political science, and the Law School) or at other area universities (NCCU, NCSU, and UNC-Chapel Hill). This broader group of historians meets several times a semester at the Triangle Legal History Seminar (TLHS), an interdisciplinary faculty-graduate student seminar that discusses pre-circulated work-in-progress by area and visiting scholars. Seminar topics range across all historical eras and every region of the world. Edward Balleisen also maintains a web portal, Legal History on the Web, which offers links to a wide array of online resources in legal history.