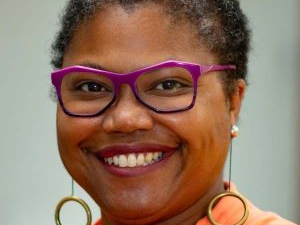 No plans for Spring Break?  Register for Prof. Lentz-Smith's four day course, Modern US History in Popular Culture, March 7th - 10th. This course will explore U. S. history as informed by media and Hollywood. Students will watch, discuss, and learn from iconic television shows, make their own soundtrack to the timeframe, and learn to treat the arcade as an archive. "Spring Breakthrough offers Duke students a free, unique spring break. It consists of 11 four-day courses taught by Duke faculty from Monday, March 7th to… read more about Spring Breakthrough 2022 - Modern US History in Popular Culture with Prof. Adriane Lentz-Smith » 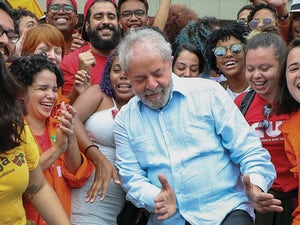 John French has received this year’s Warren Dean Memorial Prize for his most recent monograph, Lula and his Politics of Cunning: From Metalworker to President of Brazil (Chapel Hill: University of North Carolina Press, 2020).  This prize is given annually by the Conference on Latin American History for a book or article judged to be the most significant work on the history of Brazil published in English.  The citation for John’s award reads as follows: “In this methodologically innovative biography, underpinned by… read more about John French's book "Lula and His Politics of Cunning" awarded the Warren Dean Memorial Prize  » 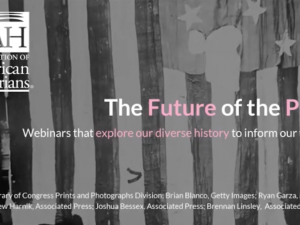 The Assault on Democracy from Historical Perspectives: The January 6 Insurrection One Year Later

read more about The Assault on Democracy from Historical Perspectives: The January 6 Insurrection One Year Later » 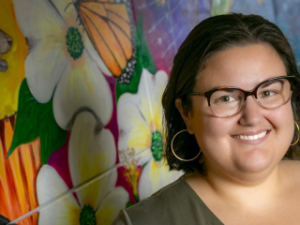 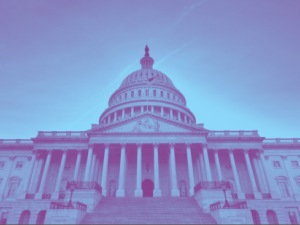 Thursday marks the first anniversary of the violent Jan. 6 insurrection at the United States Capitol, when a mob stormed the building as Congressional members gathered to certify the 2020 presidential election. “If we don’t reckon with the deep historical roots of what happened this time last year, those events could be prologue to a far worse outcome in the future,” says Nancy MacLean, a Duke professor of history and public policy. MacLean points to the finding from the House select committee tasked with… read more about One Year Later, Scholars Examine Fallout From U.S. Capitol Riot » 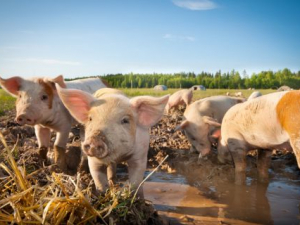 read more about Gabriel Rosenberg: Abolish the Department of Agriculture » 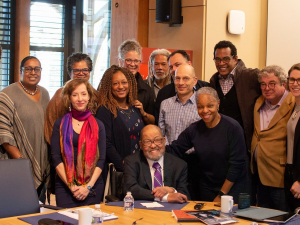 Department of History mourns the passing of Julius Scott, PhD ’86

The Duke History department mourns the passing of our friend, mentor, student, and colleague Julius Scott, PhD ’86. Through his legendary dissertation and celebrated book, The Common Wind, Professor Scott reshaped the fields of Atlantic and Caribbean history. His work gave scholars a vital and vibrant way to access the intellectual and political networks of enslaved and insurgent peoples. Through his teaching and mentoring a cohort of scholars diverse in their composition and brilliant in their approach, he… read more about Department of History mourns the passing of Julius Scott, PhD ’86 » 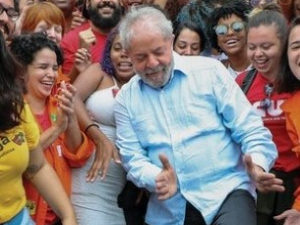 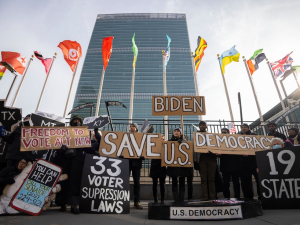 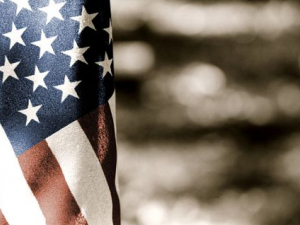 Claudia Ann Koonz: The South African Election That Should Sound an Alarm Bell for Americans

read more about Claudia Ann Koonz: The South African Election That Should Sound an Alarm Bell for Americans »

read more about Historias 148 - John French On Lula And Brazil » 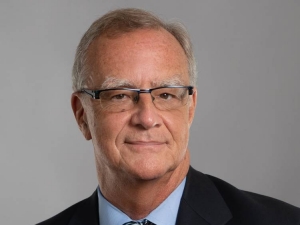 Prof. John French quoted in NYT's article "Brazil’s President Lula Is Staging a Comeback. Can He Bring the Country Along?"

read more about Prof. John French quoted in NYT's article "Brazil’s President Lula Is Staging a Comeback. Can He Bring the Country Along?" » 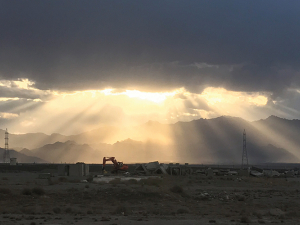 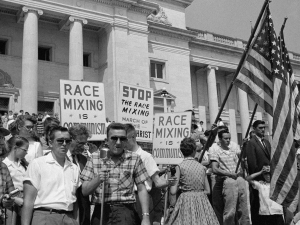 Why Mislead Readers about Milton Friedman and Segregation?

read more about Why Mislead Readers about Milton Friedman and Segregation? » 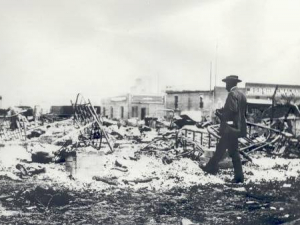 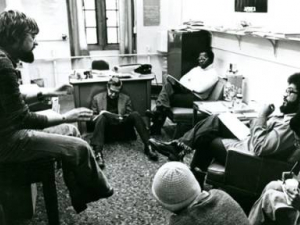 There are many stories told about the late Lawrence Goodwyn, the sometimes cantankerous Duke historian famed as co-founder of Duke’s Oral History program and a mentor to numerous students, activists, journalists and organizers. Many stories are told with a feel of legend. This one is true. Near the end of his life in 2008, Goodwyn, long suspicious of politicians, shed some of this cynicism to canvass on behalf of the Obama campaign. Duke Professor Gunther Peck remembers how Goodwyn, then needing an oxygen tank,… read more about Larry Goodwyn's Powerful Belief in Democratic Values » 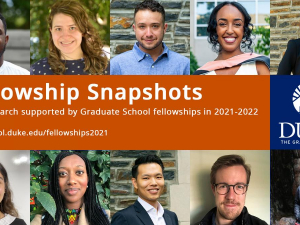 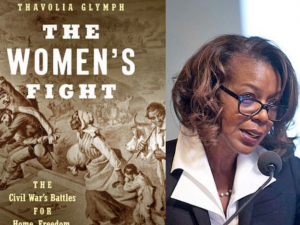 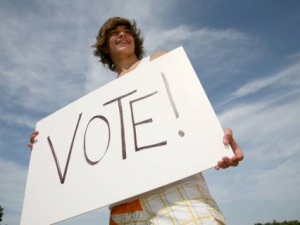 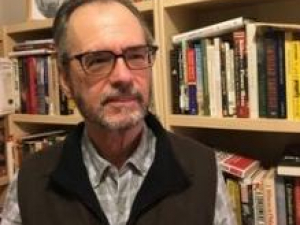 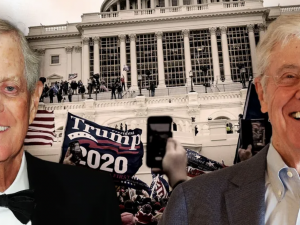 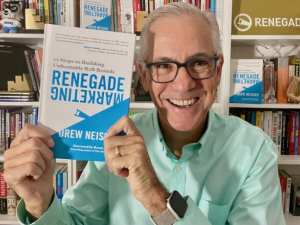 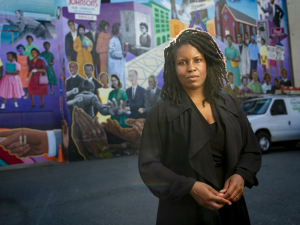 New Faculty Voices at Duke in 2021

read more about New Faculty Voices at Duke in 2021 » 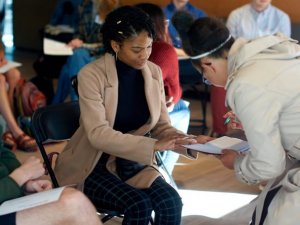 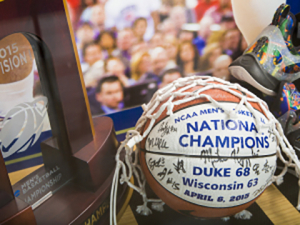 Course on Race and College Sports Offered this Spring

A new faculty-led Trinity College project, which examines the politics and histories of intercollegiate athletics and athletes, will include a History course this Spring. “Race and the Business of College Sports” (HISTORY 290) is part of the new “Black in Blue: The Sports and Race Project” – a project that includes classes, public events, workshops and podcasts as it critically studies race and sports at Duke, within its geographic placement, and beyond. “Race and the Business of College… read more about Course on Race and College Sports Offered this Spring » 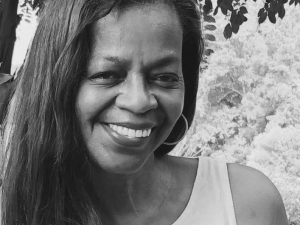 Editor's Note: October 19, 2021 Since this article was first published on May 26, 2021, Glymph received two additional awards for The Women's Fight, both from the American Historical Association: the Albert J. Beveridge Award, given annually to "a distinguished book in English on the history of the United States, Latin America or Canada," and the Joan Kelly Memorial Prize, awarded annually to "the book in women’s history and/or feminist theory that best reflects the high… read more about Six Awards Confirm the Impact of Thavolia Glymph’s Research » 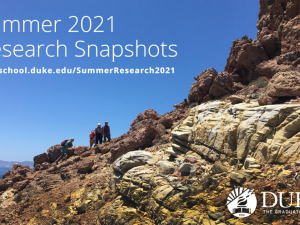 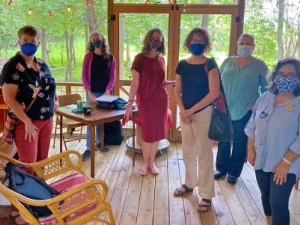 A Community of Writers Cultivates Collaboration

Writing can be a solitary and lonely process for Cecilia Márquez, assistant professor in the Duke History Department. Amid teaching classes and other activities, setting aside time to work on her first book that explores the experiences of Latinos in the American South from 1940 to present can be challenging. That’s why the Duke Faculty Write Program has been a helpful resource for Márquez since she joined Duke in 2019. “To me, writing can be a very isolating process, and the challenges associated with writing can feel… read more about A Community of Writers Cultivates Collaboration » 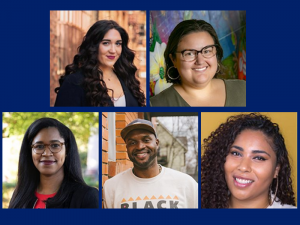 Latinx in the U.S. South: Scholars from Duke, UNC Discuss the Complexity of Identity, History and Language

An unconventional National Hispanic Heritage Month panel held Oct. 12 at Duke unpacked and thoroughly discussed many complexities found within the Latinx identity, particularly for those living in the U.S. South. Its organizers aimed to shine a light on growing academic expertise on Latinx issues in the Triangle, while also urging Duke and surrounding institutions to reinvest in regional histories that provide an architecture for understanding the challenges and opportunities we face today. “To me this feels like the best… read more about Latinx in the U.S. South: Scholars from Duke, UNC Discuss the Complexity of Identity, History and Language » 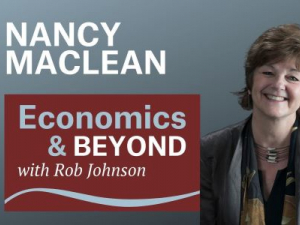 Economics & Beyond with Rob Johnson - "Milton Friedman's Collusion with Segregationists"