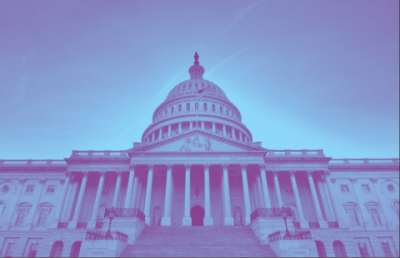 Thursday marks the first anniversary of the violent Jan. 6 insurrection at the United States Capitol, when a mob stormed the building as Congressional members gathered to certify the 2020 presidential election.

“If we don’t reckon with the deep historical roots of what happened this time last year, those events could be prologue to a far worse outcome in the future,” says Nancy MacLean, a Duke professor of history and public policy.

MacLean points to the finding from the House select committee tasked with investigating the events of Jan. 6, which identified three rings of activity: a large, less complicit outer circle of avid Republican voters, a smaller number of committed white-power insurrectionists and an inner circle that strategized to overthrow the election, exploiting federalism to achieve its ends.

“Each of these elements is the product of decades of intentional cultivation,” MacLean says.

“The storming of the Capitol on January 6, 2021, was a historic travesty but what has happened in America since then has been even worse,” adds David Schanzer, a professor of the practice at Duke University’s Sanford School of Public Policy.

Schanzer says that with one party seemingly unwilling to accept the legitimacy of any election it does not win, the two-party system that has provided political stability in the United States since the end of the Civil War may be on the verge of collapse.

“Even during a global pandemic and while the climate catastrophe is unfolding, this assault on American democracy is the most pressing issue of our times,” Schanzer says.

For Peter Feaver, professor of political science and public policy, the Jan. 6 attempt by pro-Trump rioters provided dramatic visual images, but the behind-the-scenes efforts by insiders to hold on to power posed even more serious ethical dilemmas to military leaders, other national security and law enforcement professionals.

“Collectively, these several months constituted the most serious test of American civil-military relations in the contemporary era,” Feaver says. “The system passed the test because our uniformed leaders remembered that their oath is to the Constitution, not to a party or individual.”

Bios:
Nancy MacLean
Nancy MacLean is a professor of history and public policy at Duke University. MacLean is a leading U.S. historian and author of the New York Times bestseller Democracy in Chains: The Deep History of the Radical Right’s Stealth Plan for America (Penguin, 2018). She is also a frequent guest on The ReidOut with Joy Reid and Real Time with Bill Maher.

David Schanzer
David Schanzer is a professor of the practice at Duke University’s Sanford School of Public Policy and an expert on counterterrorism strategy, counterterrorism law and homeland security. Schanzer was the Democratic staff director for the House of Representatives Committee on Homeland Security from 2003-2005. He previously served as the legislative director for Sen. Jean Carnahan (2001-2002), and counsel to Sens. Joe Biden (1996-98) and William Cohen (1994-96).

Peter Feaver
Peter Feaver is a professor of political science and public policy at Duke University. He was a special adviser for strategic planning and institutional reform on the National Security Council staff in the George W. Bush administration from 2005-2007 and was director for defense policy and arms control in the Clinton administration from 1993-1994. Feaver directs the Duke Program in American Grand Strategy.